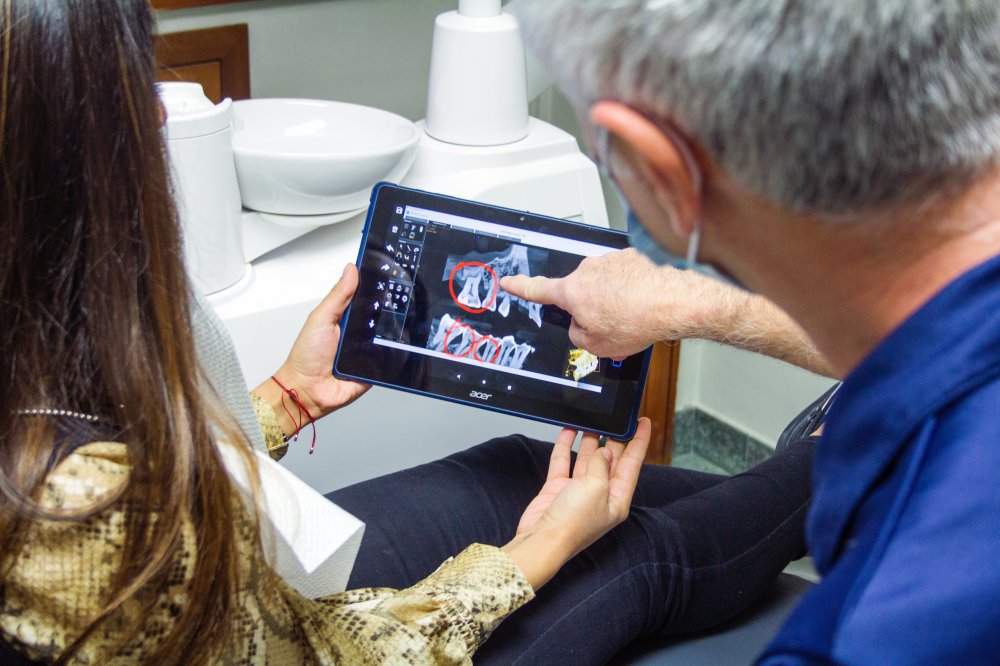 What's so smart about teeth that only cause trouble? "Wisdom teeth" may seem like a misnomer, especially since people often have to have them removed. But these teeth -- also known as third molars -- usually arrive in the late teen years, a time traditionally seen as the passage to adulthood and age of wisdom, hence the optimistic name.

The main problem is that wisdom teeth usually try to grow into a jaw that's too small for them. The last teeth in the jawline, often grow in sideways, pushing against teeth that are already in place and minding their own business. Because wisdom teeth are difficult to clean, there may be a build-up of bacteria, plaque, and food debris around them -- something that can cause gum disease or decay in the wisdom tooth and other molars.

Why do we even have wisdom teeth?

Dentists say wisdom teeth are apparently a vestigial organ -- that is, one that isn't very useful now but played an important role in the body in eons past. The diets of our prehistoric ancestors contained much more coarse food, which resulted in a larger, more developed jaw with more room for third molars. People also used to lose more permanent teeth at an early age, leaving space for wisdom teeth that would serve as replacements.

"Some say wisdom teeth are like spare tires," says Dr. Louis Rafetto, a Wilmington, Delaware-based oral surgeon who chairs the Third Molar Task Force of the American Association of Oral Maxillofacial Surgeons. "If you lost your teeth, the wisdom teeth would be extra teeth that come in and function like normal teeth."

Since fewer people in the United States today are in danger of losing their permanent teeth, though, wisdom teeth have generally outgrown their usefulness for us. If a checkup shows that your wisdom teeth are causing problems, your dentist may recommend that that the troublesome teeth be removed -- whether that means a couple of wisdom teeth or all four of them. In the event that all four have grown in normally, your dentist will generally adopt a wait-and-see approach, taking x-rays every few years to make sure they're still healthy.

How do I know if my wisdom teeth should be removed?

Check with your dentist. Pain and swelling around your wisdom teeth indicate that they're causing problems. Whether or not you have any symptoms, x-rays will show whether there's infection or whether your teeth are impacted -- that is, if there's no room for them to erupt through the gum.

If I don't have any pain or swelling, can I just leave my wisdom teeth alone?

Even if you don't have pain or swelling, your dentist may recommend that you get your wisdom teeth removed early on. However, it may be wise to get a second opinion: Many experts feel that removing wisdom teeth that are not causing problems is unnecessary and even hazardous. An article in the American Journal of Public Health called the prophylactic extraction of wisdom teeth a public health hazard. About 10 million wisdom teeth are extracted from approximately 5 million people in the United States each year at an annual cost of over $3 billion, the article noted. More than 11 million patient days of "standard discomfort or disability"--pain, swelling, bruising, and malaise--result from the operation, and the article reported that more than 11,000 people suffer permanent numbness of the lip, tongue, and cheek as a result of nerve injury during the surgery.

At least two-thirds of these surgeries are unnecessary, the authors assert, adding that the surgery has caused a silent epidemic of injury that has left tens of thousands of people with some degree of lifelong discomfort and disability.

According to Rafetto, the front teeth are better protected by gum tissue, which surrounds them like "a tight turtleneck collar." That keeps bacteria from getting under the gum line easily. The wisdom teeth, however, are surrounded by gum tissue that Rafetto likens to a "boat-neck collar," which allows more bacteria to get under the gum line and cause infection. Because it's harder to clean and floss between back teeth, they could harbor plaque and bacteria that could ultimately decay the teeth around them, including those in the front, Rafetto says.

A study of 329 patients who had intact wisdom teeth, for example, found that even though the participants had no symptoms of discomfort, there was still evidence of disease-causing bacteria around their wisdom teeth. In fact, the study authors, who published their report in a recent issue of the Journal of Oral and Maxillofacial Surgery, concluded that gum disease in young adults often begins around the wisdom teeth. However, regular brushing and flossing can make up for many of those problems.

How are wisdom teeth removed?

This depends on how deeply embedded in the jawbone your wisdom teeth are. Some impacted teeth are blocked by the gum from erupting, while others are partially encased in bone. In the past, wisdom teeth were removed in a hospital with the patient under general anesthesia; today wisdom teeth are almost always removed in an office setting by an oral or maxillofacial surgeon. If yours need to be extracted, you'll be given an anesthetic that you and your doctor decide on beforehand.

Talk with your dentist or oral surgeon about advance preparations. In general, it's important to dress comfortably for the operation, bring someone along to help you get home, and avoid eating or drinking anything for at least six hours prior to surgery.

Your surgeon will use as little force as possible to remove the tooth, carefully pushing the gum out of the way and then cutting the tooth into small sections for removal. Since you'll receive some type of sedation, you shouldn't feel any pain or discomfort during the surgery. After the teeth are removed, the surgeon will suture your gums back into place.

What are the possible complications of wisdom teeth removal?

Complications from wisdom tooth removal are rare. They include infection, temporary sinus complications, injury to other teeth, temporary or, more rarely, permanent numbness, temporary joint problems in the jaw, and in very rare cases, jaw fracture. If the jaw seems weak after surgery, your doctor may advise avoiding hard foods until the healing is complete.

What should I do after the surgery?

The outcome of surgery to remove wisdom teeth is often visible: chipmunk cheeks. The good news is the symptoms don't last long, and dentists have many ways to minimize swelling or pain. The symptoms rarely last more than 48 to 72 hours.

To allow the area to heal, you should eat only soft foods, soups, and liquids for at least the first two days following surgery. Complications are rare, but you should report any of the following symptoms of infection to your oral surgeon immediately:

In some cases, blood doesn't properly form a clot in the tooth's empty socket, leading the nerve to be exposed to air and food -- a condition known as "dry socket." This usually occurs about 48 hours after surgery. Although painful, the condition is easily treated by placing a medicated dressing on the extraction site.

Of course, some bleeding and swelling around the empty socket is normal. Applying pressure to your gums will usually stop bleeding, and ice helps ease swelling. Raffeto advises patients to rinse with warm water and to use ice or a cold pack around the affected area of the jaw to reduce swelling. Patients who don't place ice in their mouths or ice packs on their jaw after the procedure are usually the ones in the worst shape when they come to see him for follow-up appointments a few days after surgery. "It makes a huge difference in recovery," Rafetto says.

The original article can be found here.

Interview with Dr. Louis Rafetto, an oral surgeon in practice in Wilmington, Delaware. He's also the chairperson of the Third Molar Task Force of the American Association of Oral and Maxillofacial Surgeons.